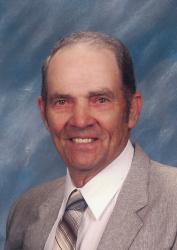 Bob Green, 91, of Breckenridge, passed away Monday, Oct. 11. Graveside funeral services will be held at 11 a.m. Friday, Oct.15, in the Fairview Cemetery, with his son-in-law, Wayne White officiating. Burial will follow under the direction of Morehart Mortuary.

Bobby Gould Green was born Jan. 21, 1930 in Hubbard, to O.E. Green and Sue Smith Green. After high school graduation, he joined the United States Army. He served in Korea and was honorably discharged in June of 1952. On Oct. 17, 1952, Bob married Jo Lail. The two had 44 loving years together before her passing in 1996. Bob later married Ruth Tomlin Stubblefield on October 10, 1998 and also had many wonderful years together until her passing just a few days prior on Oct. 5, 2021. He worked for National Supply Company for 30 years in Andrews, Crane and McCamey, where he retired. Soon after, Bob moved to his place at Hubbard Creek Lake where he enjoyed 40 plus years of retirement. He was an active member of First United Methodist Church in Breckenridge. He enjoyed fishing, going to the coast, playing golf and traveling in their RV. Bob was a member of the Family Campers & RVers, the American Legion, the Good Sam Club and the Castle Gap Bass Busters. When at home relaxing, you would often find him watching the Golf or Weather channel. He was preceded in death by his parents, O.E. and Sue Green; his two wives, Jo Lail Green and Ruth Green; one infant son, Joseph Patrick Green; one sister, Betty Osborne; and one brother, Kenneth Green.

Memorials may be made to The Alzheimer’s Association, Meals on Wheels or to Solaris Hospice and may be left at Morehart Mortuary. Condolences may be made online at www.morehartmortuary.net.