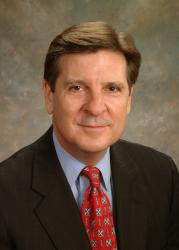 Father, husband, brother, public servant, friend—Bruce Todd was all of these.

Bruce was born Dec. 17, 1949, and died Dec. 25, 2021, from complications of Lewy Body disease. In the 72 years between those two dates, he accomplished more than most people could in two lifetimes.

He was the second of six children reared in Breckenridge, Texas, by his remarkable mother, Mary Katherine Holland Todd. He talked occasionally about having so little money that the church brought the family milk. The community made sure the boys had a paper route that they handed down from brother to brother so they could buy bikes and do their share. His three sisters doted on him and acted as surrogate moms until the day Bruce died.

Mary Kate Todd instilled an ethic of hard work into her children. She insisted on perfect grammar and made sure they had all she could provide to be successes in life. Another woman also played a huge role in Bruce’s youth: Gwen Dean, director of the Breckenridge Boys Choir. Mrs. Dean, through force of will, formed a choir of young men from this small Texas town and booked the group all over the country, most memorably at the White House April 16, 1962. Bruce said on numerous occasions that having the chance to sing for President John Kennedy changed his life and inspired him to go into a career of public service. You can see a YouTube video of this performance at www.youtube.com/watch?v=_6sGnd8YB_M

Virtually the day he graduated as a proud Breckenridge Buckaroo in 1968 he left for Austin with $500 in his pocket, a gift from his beloved grandfather that was going to need, somehow, to stretch to cover a college education at The University of Texas.

Bruce got a full-time job at the city of Austin’s Municipal Court where he served first as night court supervisor and was later promoted to clerk of the court, a department head position at which he managed a staff of 50—all the while juggling classes at UT.

In 1972, he was hired as Director of Information Services for the Texas Civil Council, where he worked until he graduated from UT with a degree in business administration, having “crammed four years of education into five,” as he often joked. It was during these formative years that he met and became lifelong friends of Roy Butler and Ronnie Earle, both of whom mentored him and helped him throughout the rest of his career.

Bruce earned his certified public accountant’s license and practiced accounting from 1974 until 1986 at three different firms: Gibson, Johnson; Mueller, Todd; and Garcia, Morrison & Co. It was during the last of these three positions that he met future Austin Council Member and Mayor Gus Garcia, and the two formed a bond that would last for decades.

Bruce’s son Jeremy Palmer Todd was born in 1982, and Jeremy was, to use a cliché, the light of Bruce’s life. No one has ever been a prouder or more supportive dad. Jeremy’s support throughout the last painful year and a half of Bruce’s life was a gift to his father that Bruce will never have the words to thank him for.

During the first decade-plus of his career, the draw to public service was never far from his mind, and he decided to run for Travis County Commissioner Precinct 2 in 1986. He recollected in later years that his name ID was very low for that first race, and many people discounted his chances. But Bruce Todd never discounted himself, and he won the election; he served on the Travis County Commissioners Court from 1987-1991.

This was a time of major growth in Austin—the city was moving from being a purely university/government town to one that had started to attract technology businesses, and Bruce was active while a commissioner in recruiting high-tech firms. He also used his background in the CPA business to the public’s benefit, consolidating four separate road and bridge operations into one department and starting a process to encourage cooperation of social services agencies funded by Travis County. It was during his service on the Court he began a lifelong friendship with Pam Reed, who was then serving as the Precinct 3 Commissioner.

As a Travis County Commissioner, Bruce began laying the groundwork for one of the most important efforts in Austin’s history—the creation of the Balcones Canyonlands Conservation Preserve, the largest urban preserve in the United States at that time. That years-long work would continue until he successfully signed the BCCP into existence when he was Mayor.

In early 1991, Bruce’s friend Lee Cooke decided not to run for a second term as Austin Mayor, and so Bruce threw his hat into the ring and ran a tough and but ultimately victorious race. He was sworn in as Mayor in June 1991 and served two terms, retiring from the office “undefeated and unindicted,” as he loved to say, in June 1997.

His time as mayor was filled with both opportunities—Austin’s continuing growth as a high-tech mecca—and challenges—recovery from a severe economic downturn in the 1980s still affected almost every aspect of life in the Capital City. He presided over a split City Council, where he was frequently able to bring consensus to the toughest issues of that time: airport relocation, preservation of hundreds of acres of wilderness, growing developer versus environmentalist struggles, the transfer of then city-run Brackenridge Hospital to Seton, and the hiring of a new city manager (Jesús Garza, who became a dear friend).

Bruce had significant successes in recruiting major employers to Austin, most notably Samsung Austin Semiconductor, AMD, Applied Materials and the expansion of Motorola.

He and Council Member Gus Garcia successfully passed Austin’s groundbreaking no-smoking law, banning cigars and cigarettes in all restaurants and bars. For the next 25 years, people would stop Bruce on the street to thank him for that ordinance.

Bruce helped rear his stepdaughter Alex Rose, who was 7 when Bruce married Elizabeth Christian in 1994 just after he began his second term in office as Mayor. When Bruce asked Elizabeth to marry him, he said, “I see Alex as one of your biggest assets.” Talk about a surefire way to win a mom’s heart! Alex loved him fiercely.

Austinites flying in and out of beautiful Austin Bergstrom International Airport have Bruce Todd to thank. Its creation was the crown jewel of his time as Mayor. Bruce spearheaded the effort to persuade the U.S. Air Force to transfer Bergstrom Air Force Base to the City of Austin as the base was being decommissioned from federal use. He raised funds and directed all aspects of the public campaign to pass a $600-million bond election to transform the old base (with its incredibly valuable mile-long runway) into a modern international airport for Austin. He oversaw the build-out and helped make sure it stayed on time and on budget. And he cheered along with the rest of the city when the new airport opened two years after Bruce left office under Mayor Kirk Watson.

After leaving office, he founded Bruce Todd Public Affairs to serve clients seeking business with local and state governments around the country. Over the years, his professional work and experience continued to help numerous community organizations—for example, he was instrumental in the 1998 passage of propositions 11 and 12, which allowed the old Palmer Auditorium to be transformed into the Long Center for the Performing Arts.

Bruce had a very serious bicycle accident in late 2005, from which he recovered by sheer perseverance. He spent the rest of his life advocating for strict bicycle helmet laws. As soon as he could, he got right back to work and also dove into new community projects.

He helped create Rail Relo NOW, a statewide group that worked on issues of freight rail relocation so commuter rail could be built more efficiently. He spent many years as a board member of the Austin-San Antonio Corridor Council, where he worked with one of his best friends, Ross Milloy. He also was the founding chair of the Austin Community College Center for Public Policy and Political Studies, on which he partnered with longtime friend and advisor Peck Young.

From 2013-2014, public service came calling again, when then-County Judge Sam Biscoe appointed Bruce to serve out an unfinished term as Travis County Commissioner Precinct 2. His proudest moment of that stint was casting a deciding vote to put State Highway 45 on track to be built.

As he neared retirement in his late 60s, he evolved into a role of elder statesman for a generation of aspiring public servants. He loved nothing better than to help a person considering a run for office. He also loved, and was great at, raising money for candidates he supported. He was Texas State Sen. Gonzalo Barrientos’ longtime campaign treasurer and served in the same capacity for Travis County District Attorney Margaret Moore.

The family is very grateful for the wonderful love that surrounded Bruce while he was cared for at Silverado Barton Springs.

A funeral service celebrating Bruce’s life is scheduled for 2 p.m. Thursday, Jan. 6, at Covenant Presbyterian Church, 3003 Northland Dr. in Austin. Eulogists will include Ken Herman and Pam Reed, both of whom could make Bruce laugh at even the toughest times. Graveside services at the Texas State Cemetery, 909 Navasota in Austin, will follow immediately afterwards.

Arrangements are being handled by Weed Corley Fish.

Donations in Bruce’s memory may be mailed to the Covenant Presbyterian Foundation, c/o Duane Dube, 3003 Northland Drive, Austin, TX 78757, or made online at onrealm.org/Covenant/give/brucetodd