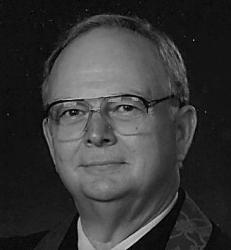 Charles A. Hamilton, 90, of Vero Beach, Fla., joined his Heavenly Father the afternoon of Monday, Nov. 22. A graveside service will be held Summer 2022 at Shannon Rose Hill Cemetery in Fort Worth. Cremation services have been entrusted to Neptune Society.

Charles was born Aug. 1, 1931 to parents Charles Wall Hamilton and Mary Bell Hamilton. He graduated in 1949 from Polytechnic Senior High School in Fort Worth, where he was an honor graduate, captain of the rifle team, and colonel of the ROTC. He was also active in DeMolay and was an Eagle Scout. Following high school, he attended and graduated from Arlington State College (now UTA) with a degree in Broadcasting.

Over his life, he held three Bachelor’s degrees, two Master’s degrees and a Ph.D. He served as a Captain in the U.S. ARMY Signal Corp. He was in Advertising/Public Relations and Commercial Motion Picture Production and Direction after his Army service. He then attended and graduated from Brite Divinity School at Texas Christian University which launched his 52-year career as an ordained minister of the Christian Church (Disciples of Christ). Upon graduation, he served on the national staff of the Christian Church headquartered in Indianapolis as the first Director of Broadcasting for nine years. Subsequent to that, he served as Corporate Chaplain for Teleprompter in New York City.

Over the years, he served Church congregations in Moran, Celina, and Breckenridge, Texas. He then went on to serve congregations in Ft Myers, Port St Lucie, Zephyrhills, and Vero Beach, Fla. In addition to these pastorates, he also served as a licensed Clinical Psychologist. As a minister, he tried to make the gospel message relevant to all people.

Charles is preceded in death by his parents. He is survived by his son, Charles N. Hamilton, wife Linda, and two granddogs, of Bradenton, Fla; and his daughter, Gwen Hamilton-Elmquist, and four grandcats, of Benbrook.