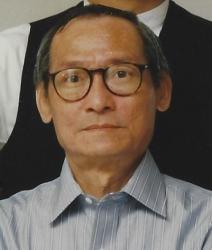 He was born March 16, 1943 to Heang Kong and Nuth Mel Kong in Svay Rieng Province, Cambodia. Han grew up in rural Cambodia and married Kim Seng Son on March 25, 1961 in Phnom Penh, Cambodia. After an adventurous academic and professional career, Han and his immediate family were able to escape Cambodia just prior to the country falling to the Khmer Rouge communist regime in 1975. After a few refugee camps, they settled in Grants Pass, Oregon, then moved to Breckenridge in 1976.

Han was preceded in death by his parents, Heang Kong and Nuth Mel Kong.

In lieu of flowers, Han requested that memorials may be made to the National Kidney Foundation, or the charity of your choice.