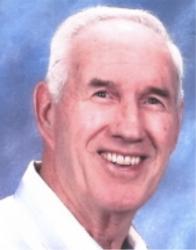 Hollis McLane, age 89, of Breckenridge, passed away Sunday, May 29. Funeral services were held at 10:30 a.m. Friday, June 3, at Elliott Street Church of Christ, with Don Nelson and Tommy Wolfe officiating. Interment followed in the Woodson Cemetery under the direction of Morehart Mortuary. Visitation was held prior to the service at 9:30 a.m. in the Elliott Street Church of Christ Activity Building.

Hollis D. McLane was born June 4, 1932, to parents J.W. and Leona (Clark) McLane in Throckmorton County. He attended school in Woodson, graduating in 1951. He was on the Woodson Cowboy football team and attended Ranger College on a scholarship. He went to work for Magnolia Oil in December of 1952 in Midland and retired from Mobil Oil in 1991. On June 4, 1972, he married Dorothy Rogers at Ericksdahl. They moved to Hubbard Creek Lake in 1995, where he pursued woodworking, especially woodturning. He was a past member of the Woodturners of North Texas. He and Dorothy also were carriers for Midland and Breckenridge Meals on Wheels. He was a member of the Elliott Street Church of Christ and was baptized into Christ in 1986.

Memorials may be made to Meals on Wheels or to the Elliott Street Church of Christ and may be left at Morehart Mortuary. Condolences may be made online at www.morehartmortuary.net.