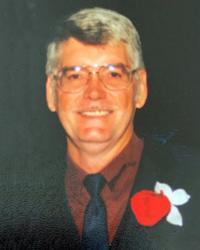 Kenneth Dwight Tribble was born Aug. 21, 1952 in Snyder, Texas to parents Clifton B. Tribble and Katherine Joyce Tipton Tribble. He grew up and attended schools in Breckenridge. Dwight later started his own business, Tribble Paint & Body. Dwight owned and operated Tribble Paint and Body, where he primarily restored antique automobiles, for many years until he reached retirement. One of the many cars Dwight restored was a 1938 Willys Straight Eight. This car was a participant in the Great American Race where Dwight’s impeccable restoration work had an opportunity to be showcased and viewed around the United States. Dwight cherished four main things which were his daughters, his grandchildren, antique cars and antique guns. He spent most of his days planning trips to see his daughters and their families or restoring his antique cars and guns. Dwight loved history and enjoyed taking trips to historical sites such as the Alamo and reservations in Mohab, Utah. Dwight was a member of First United Methodist Church in Breckenridge. He was preceded in death by his parents, Clifton and Joyce Tribble; two brothers, Larry Tribble, Pete Tribble; and one sister, Dorothy Henson.

Memorials may be made to Harbour Hospice, 12915 Jones-Maltsberger, Suite 501, San Antonio, Texas 78247, and may be left at Morehart Mortuary. Condolences may be made online at www.morehartmortuary.net.