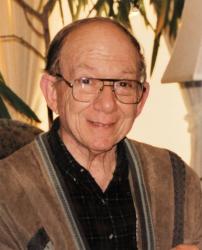 Marvin Socol, retired business owner, private pilot, proud Class of 1947 Breckenridge Buckaroo and friend to all, passed away peacefully in his Bryan home on Wednesday, Aug. 4. He was 92.

Marvin was born April 22, 1929 in Breckenridge to Israel and Rae Sheinberg, immigrants from eastern Europe searching for a better life during the town’s oil boom. After Israel’s sudden passing in 1932, Rae was left to run a business while raising Marvin and his older brother, Leon. She later married Jake Socol, rebranded their clothing and shoe store as The Popular Store, and added daughter Gwen to the family.

From playing sticks in the South Ward Rhythm Band to cruising the streets of Breckenridge with his baby sister, Gwen, in his bicycle basket to quarterbacking the South Ward Wildcats to a winless season, Marvin’s love of his hometown started early and remained to the end. He was an adventurous, mischievous, fun-loving young man who carried those same personality traits throughout his life. A textbook extrovert and master storyteller, Marvin could command a room of friends and strangers alike with tall tales regaled with a wide grin and slow West Texas drawl. In his later years, it was always a joy to watch Marvin’s contagious zest for life put smiles on the faces of everyone from doctors to waiting room occupants to supermarket customers.

As everyone in Breckenridge knew, young Marvin had a penchant for fast boats and sports cars. It was his love of airplanes, however, that endured. His passion for aviation began as a child building models with Leon, expanded through decades of playing in the skies above Stephens County and helping with the Breckenridge Air Show, and continued during his retirement years as a tour guide at Cavanaugh Flight Museum in Addison.

Greater than his passion for flying was his love of Maxine, his wife of 56 years. The 35-year-old bachelor met the young red-headed widow on a blind date, falling in love both with her and her 3-year-old son, Steve. Marvin and Maxine were inseparable as they built their lives together in Breckenridge, retired to Plano, and later moved to be near family in Bryan.

Marvin attended Texas A&M University and the University of Texas before returning to Breckenridge in 1950 to help operate The Popular Store until its closing in 1987. He was involved in many Breckenridge organizations, including the Civil Air Patrol and other groups involved with search, rescue and recovery operations. Marvin was preceded in death by his parents; his brother and sister-in-law, Leon and Frieda Socol; and numerous other family members, including cousin and partner in crime Herb (Karlitz) Bennett. Marvin is survived by his wife, Maxine; his sister and brother-in-law, Gwen and Alan Rosenbluth; his sons and daughters-in-law, Steve and Shana Kahn and Jay and Kara Socol; four grandchildren, Bryan (Mindy), Amy and Jenny Kahn and Grant Socol; two great-grandchildren, Logan and Ethan Kahn; four nephews, Alan and Scott Socol and Kirby and Brady Rosenbluth; and a niece, Jody Cohen. A private graveside service was held Aug. 6 at College Station Memorial Cemetery. Services are in the care of Callaway-Jones Funeral Centers of Bryan College Station.

The family would like to extend special thanks to friend and caregiver Kristi Colwell; Drs. David Hackethorn, Denise Turner and Juddi Yeh; and the staff of Hospice Brazos Valley and Brazos Home Care for their collective kindness. In lieu of flowers, please consider making a donation in Marvin’s memory to Cavanaugh Flight Museum at cavflight.org.