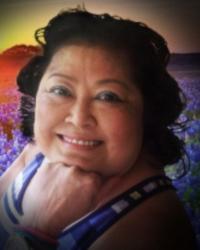 Sokonthea Kong was born November 6, 1964 in Phnom Penh, Cambodia to Han Kong and Kim Seng Kong. At age 10, her family was able to escape Cambodia just prior to the country falling to the Khmer Rouge communist regime in 1975. After a few refugee camps, they settled in Grants Pass, Ore., then moved to Breckenridge in 1976. On July 12, 1986, Sokie married Michael G. Ernest in Breckenridge. She was a homemaker and loved spending time with her family. Sokie loved her family greatly, and had room in her heart for so many. She brought light and happiness to everyone who knew her. She is dearly missed. She was preceded in death by her father, Han Kong.

In lieu of flowers, the family requests that memorials may be made to Samaritan’s Purse, or the National Kidney Foundation. Condolences may be made online at www.morehartmortuary.net.