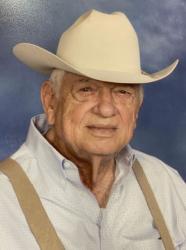 Troy was a rancher, farmer, and appraiser in the Texas Panhandle and served as a contract chief appraiser for the Hartley and Oldham County Appraisal Districts, until accepting the Stephens County Chief Appraiser position and moving to Breckenridge, Texas, in 1988.  Troy served as Chief Appraiser until his retirement in 2008.

Troy spent his life in service to others through his church, the Future Farmers of America, the Cal Farley’s Boys Ranch organization, the Texas Wheat Board, his professional colleagues in the property tax appraisal and assessment community, his friends, his family and his country.  Respected by those whom he served; Troy received numerous recognitions.

And, understanding the needs and concerns of Texas rural appraisal districts, he initiated and helped form the Texas Rural Chief Appraisers Association (“TRCAA”).  In appreciation for his years of service, the TRCAA created the Troy Sloan Good Neighbor annual award. But these things were only memorable for Troy because of the friendships, the relationships they represented.

A follower of Jesus Christ, Troy was a “Man’s Man”, in the best sense of the term, devoted to his bride, Frankie, and leaving a Godly legacy for his future generations.

A visitation to the family, and remembrance of Troy’s life, will be held on March 7, 2020, from 2pm to 4pm, at the Good Samaritan Society’s Activity Center, 3901 Montecito Drive, Denton, Texas.