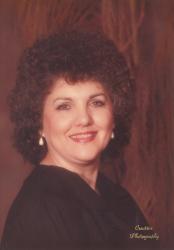 Janice Stout, 84, of Breckenridge, passed away Thursday, Jan. 27. A memorial service will be announced at a later date. Arrangements have been entrusted to Morehart Mortuary.

Janice Lorea Streets was born April 13, 1937 in Neodesha, Kan. to Wesley N. Streets and Dorothy Rickenbrode Streets. On March 10, 1984, she married Donald Stout in Tulsa, Okla. Janice had worked in the administration offices at Tulsa Junior College and Oklahoma State University Institute of Technology. She later worked for a land company in Baird, where she worked until her retirement in 2003. After her retirement, she moved to Breckenridge to be closer to family. Janice was a member of Lord’s Old Time Gospel Church in Breckenridge. She had a passion for art, loved to paint and enjoyed reading. She was preceded in death by her parents, Wesley Streets and Dorothy Rheem; her husband, Donald Stout; and one sister, Patty Koch.

Memorials may be made to the charity of the donor’s choice and may be left at Morehart Mortuary. Condolences may be made online at morehartmortuary.net.