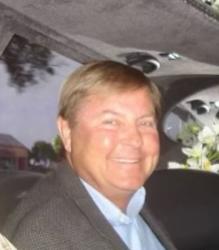 Kent was born on June 22, 1944, in Fort Worth, TX, to the late Thomas Pendleton and Lessa Inez (Robertson) Mobley Jr. He married Anita Cozby in Dallas, TX, April 8, 1967. Kent was a Registered Professional Land Surveyor for 41 years. He was Assistant Vice President of Credit at Republic National Bank in Dallas, TX for 13 years. Kent was a proud member of many organizations including Texas Surveyors Association, Boy Scouts, Rotary Club, and played trombone in the Breckenridge High School Stage Band.

Kent was preceded in death by his parents and a sister, Alice Anne Mobley. He is survived by his wife of 54 years Anita Mobley, of Lewisville, son Will Mobley and wife Kourtné and grandson Kemper, of Frisco, TX, daughter Melissa Howell and husband Mark and grandsons Graham and Ben, of Austin, TX, and sister Christina Visentine, of Fort Worth, TX.